Due to the growing problem with false alarms, police departments and cities around the country are moving to Verified Response policies. Verified Response is a policy that requires the alarm or alarm monitoring company to verify that there is an unusual occurrence at the location of the alarm before the local authorities will respond to the alarm activation.

Independent “eyes-on” verification is the standard used to verify the need for a police dispatch. No police units will be dispatched until there is a verified problem at the location where the alarm was activated.

Police Departments across the United States and Canada are continually challenged by the need to respond to all alarms even though, according to the U.S. Department of Justice, a staggering 94 percent to 98 percent of all alarm activations are false. Police in the U.S. respond to 38 million alarms every year.

In a post-9/11 world where police departments have been forced to take on additional law enforcement duties and increased Homeland Security responsibilities, the ability to free up time and re-deploy police officers to higher-priority calls has never been more important. Police are turning to Verified Response laws, which require verification of an event before police will respond to the scene, in an effort to reduce the amount of time wasted responding to false alarms.

On average, 98% of all alarms are false, an unacceptable amount by any standard. Human error and outdated technology are mostly to blame for this. Police across the country respond to every one of these alarms, and it is beginning to weigh them down.

A common refrain to this is: “But I pay taxes, and I want the Police to respond to every alarm. What if it’s the real thing this time?” And with that, you’d be at the heart of the matter, which is this: The alarm industry has done a wonderful job of shifting this responsibility to the Police. The alarm industry, in effect, uses the police as free labor to check on their alarms to verify whether they are real or, more likely, false. 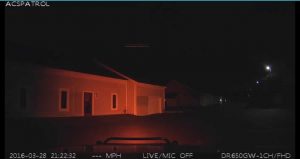 Whether verified response increases or reduces the amount of burglaries in areas that have adopted this policy is still up in the air. In looking around for opinion we see heated debate on both sides of the argument. One thing is clear however, verified response has relieved police departments of time taxing false alarm calls.

Locally, we haven’t heard any talk about police departments on Cape Cod looking to adopt a verified response policy. Most local police departments do issue fines to the owner of the building after multiple false alarms. With most local insurance providers offering discounts (some as high as 20%) to those that install burglar and other alarms on their property and a substantial number of second or vacation homes in our area, there are many alarmed buildings for the local police to respond to. Due to budget cuts, our local police are often short staffed, especially during the off season, so alarm calls are not likely their highest priority on a busy night.

Your homeowner or business insurance provider may require a keyholder to respond to an alarm activation at a your property. Why? Here’s an example:

Say a home security alarm motion detector is activated on the second floor of a Cape Cod vacation home while it is vacant during the off season. Let’s say in January. The alarm monitoring company (likely located somewhere off Cape) calls the police and the building owner (who is in Connecticut during the Winter). The police respond to the location, find no signs of forced entry and the building exterior appears secure. Without access to the interior they assume that it was a false alarm and leave the scene. The owner in CT is notified of the police response and is satisfied with their report. The interior of the home continues to be unchecked.

Meanwhile, the leaking pipe that caused the ceiling to collapse on the second floor (which triggered the alarm’s motion detector) is still leaking and destroying the interior of the home. The pipe continues to leak for days, weeks, maybe even months before the problem is discovered. A claim is filed with the home owner’s insurance company, they pay, or not. The home owner is likely hammered with an exorbitant new premium or dropped by their insurance company the following year.

All you need to prevent this tragedy or one like it, is to hire a licensed, bonded, and insured private security patrol agency to respond as a keyholder for the property (key-in-hand) along with the local authorities to “clear the building” inside and out. This will enable the security agent and the local authorities to accurately determine the cause of the security alarm and/or prevent future false alarms.